In March 1967, Gayle Nilson made a decision to use his vast automotive skills to begin Freeway Auto Service in the heart of downtown Salt Lake City. The first 17 months as a general repair shop were extremely successful, and the future looked very bright. In August 1968, Freeway Auto Service suffered a significant setback when Gayle was severely burned over 75% of his body. Due to Gayle's perseverance, a few dedicated employees and family support Freeway Auto Service was able to overcome this immense challenge and evolved into the successful business that exists today as Freeway Transmissions.

In the early 70s, Gayle decided to use the expertise of his labor force and specialize in transmission repair. Freeway became a well-respected company and built a name for itself along the Utah Wasatch Front. In the late 1970s, Gayle's insight and inspiration led to the development of a customized remanufacturing process that produced quality transmissions on a volume basis. This successful remanufacturing process is still utilized today.

The remanufacturing process spawned the growth of Freeway Transmissions beyond the valleys of the Wasatch Front to several states in the Intermountain West. Freeway's wholesale and retail operations were based entirely in its centralized downtown location until 1988 when growth necessitated the need to expand. An additional repair facility was opened in Murray, Utah on 900 East just North of Interstate 215 and still exists there today.

In 1991, a partnership started the Torque Converter Company on 400 South in downtown Salt Lake City. The company began remanufacturing a wide variety of torque converters as a complement to the already successful transmission venture. Due to the growth of both the transmission and torque converter business, a decision was made to consolidate both remanufacturing processes in the same building. In May 1997 Torque Converter Company moved and was followed by Freeway Transmissions seven months later to our current facility on 1700 South in Salt Lake City. This 45,000 square foot location exists today as Freeway's Production Center and Corporate Headquarters. The original location on 600 South remained in operation as a repair facility.

In March of 2003, it was time to grow again as Freeway unveiled its third repair facility in West Jordan, Utah. It is located on 7800 South just east of Redwood Road in the heart of West Jordan. The business continues to grow and the future looks bright due to its location in the fastest growing area of the Salt Lake Valley.

In May 2003 the 600 South location moved to Main Street in Salt Lake City. In May of 2008 that location was once again united with our Production Center and Corporate Headquarters on 1700 South in Salt Lake City. The move consolidated resources and improved production efficiency with the net result being outstanding customer service.

The Freeway name has stood the test of time since 1967. The operation is much larger than it was then, but the qualities that existed then such as perseverance, commitment, service, and dedication still exist today. Freeway remains a family-owned and operated company and is directed by Mark Nilson, Gayle's son. Mark has been involved in the business since the ripe old age of 13 and has worked in every area of responsibility prior to becoming Freeway's President in 1998. Mark is committed to Freeway providing quality and consistent products that will continue to generate confidence and respect. If you haven't considered Freeway for your transmission needs, isn't it about time you do? Tens of thousands of satisfied customers already have! 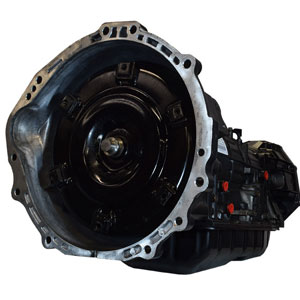